August 19, 2022 easyurduislam
808th Urs of Khwaja Gareeb Nawaz, Hazrat Khwaja Moinuddin Chishty will be heald like every year at Ajmer, Rajasthan, India from 1st to 6th Rajab Islamic month. The below dates as per English calendar can change as per the Moon sighting. 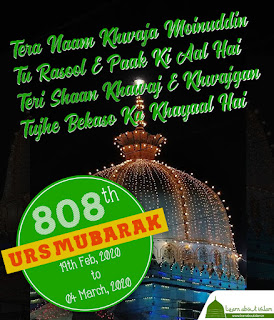 25th Feb 2020
The Urs Mubarak begins with first Ghusl after Isha Namaz and later Mehfil-E-Sama is Organized. On this day the Jannati Darwaza is also opened.

1st March 2020
This is the main day of the URS. This day is also called the Chhati Sharif. The Qul Fathiha (Annual Fatiha) is also organized on this day at 1.00 pm before Zohar Namaz. Jannati Darwaza will also be closed for the people. 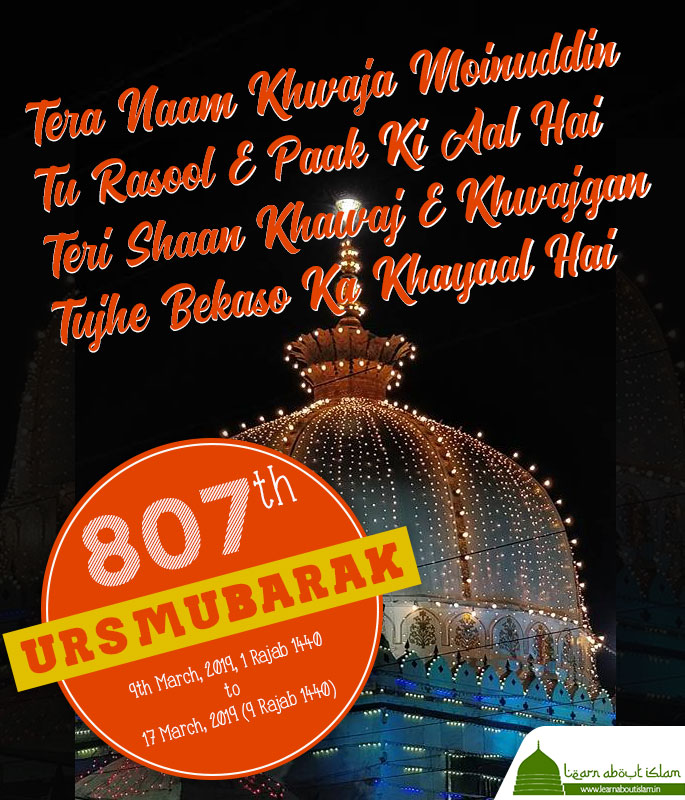